Henry Kuttner’s great-grandfather was the scholar Josua Heschel Kuttner. Kuttner grew up in relative poverty following the death of his father. As a young man he worked in his spare time for the literary agency of his uncle, Laurence D’Orsay (in fact his first cousin per marriage), in Los Angeles before selling his first story, “The Graveyard Rats”, to Weird Tales in early 1936. It was while working for the d’Orsay agency that Kuttner picked Leigh Brackett’s early manuscripts off the slush pile; it was under his tutelage that she sold her first story (to John W. Campbell at Astounding Stories).

Kuttner added a few lesser-known deities to the Mythos, including Iod (“The Secret of Kralitz”), Vorvadoss (“The Eater of Souls”), and Nyogtha (“The Salem Horror”). Critic Shawn Ramsey suggests that Abigail Prinn, the villain of “The Salem Horror”, might have been intended by Kuttner to be a descendant of Ludvig Prinn, author of De Vermis Mysteriis—a book that appears in Kuttner’s “The Invaders”.

Henry Kuttner spent the middle 1950s getting his master’s degree before dying of a heart attack in Los Angeles in 1958. 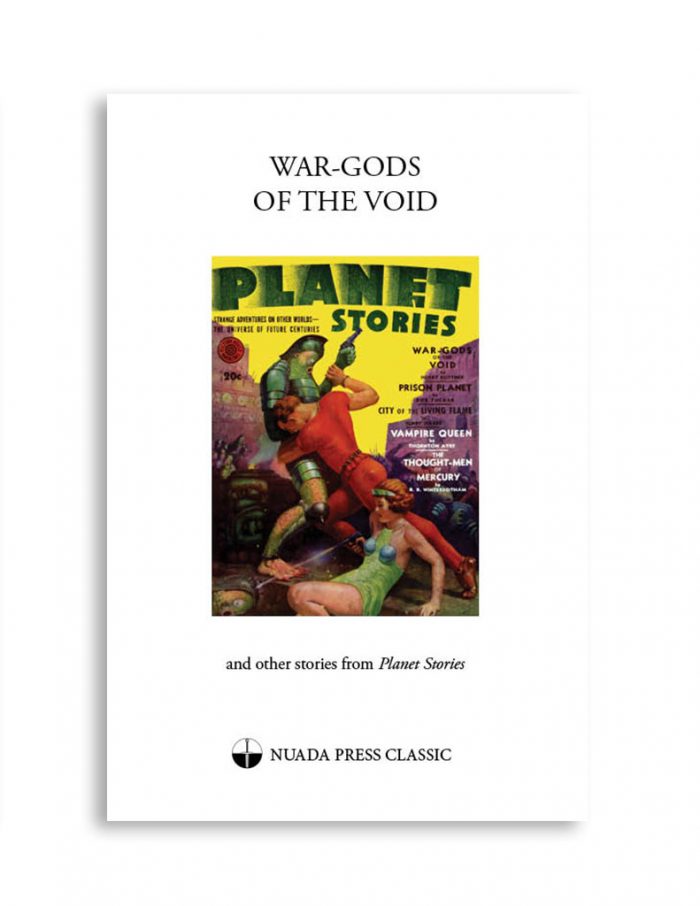 “War-Gods of the Void” and other stories from Planet Stories