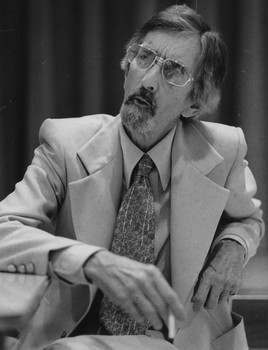 Nelson Slade Bond (November 23, 1908 – November 4, 2006) was an American author who wrote extensively for books, magazines, radio, television and the stage.

The 1998 recipient of the Nebula Author Emeritus award for lifetime achievement, Bond was a pioneer in early science fiction and fantasy. His published fiction is mainly short stories, most of which appeared in pulp magazines in the 1930s and 1940s. Many were published in Blue Book magazine. He is noted for his “Lancelot Biggs” series of stories and for his “Meg the Priestess” tales, which introduced one of the first powerful female characters in science fiction.

Bond’s parents, Richard Slade Bond and Mary Bond, were from Nova Scotia but moved to Scranton, Pennsylvania shortly before his birth in that city. The family later relocated to Philadelphia after World War I. In high school, Bond reviewed plays for The Philadelphia Inquirer. He worked for an insurance company during the Great Depression before enrolling in a college. He attended Marshall College in Huntington, West Virginia from 1932 to 1934. While at Marshall, he contributed to the Huntington Herald Advertiser and edited the college newspaper, The Parthenon. He met his future wife, Betty Gough Folsom, while at Marshall, and they married in 1934.

After graduating, Bond briefly worked for his father’s public relations agency. Shortly after joining, he was offered the position of public relations field director for the province of Nova Scotia. This involved meeting celebrities visiting the province and writing pieces about them that were placed in various periodicals.

He started selling fiction when he realized he could make more money by writing, sending works to newspapers, pulp magazines and the more upmarket “slick” magazines.

He started by writing sports stories but made his first significant sale with “Mr. Mergenthwerker’s Lobblies”, which was published in Scribner’s Magazine in 1937. His first science fiction story was “Down the Dimensions” in the April 1937 issue of Astounding. He only wrote occasional non-fiction once he was established as an author of fiction. Bond wrote and sold more for Blue Book than the pulps, which was not only more prestigious but paid more for his work.

He also published articles on philately and served on the Board of Governors / Board of Directors of the British North America Philatelic Society. 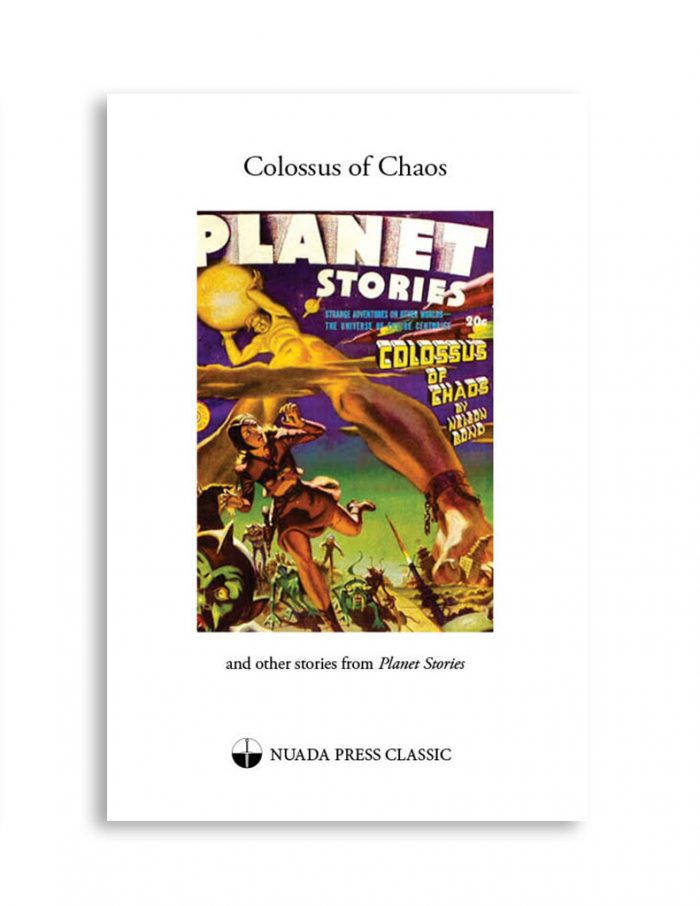 “Colossus of Chaos” and other stories from Planet Stories 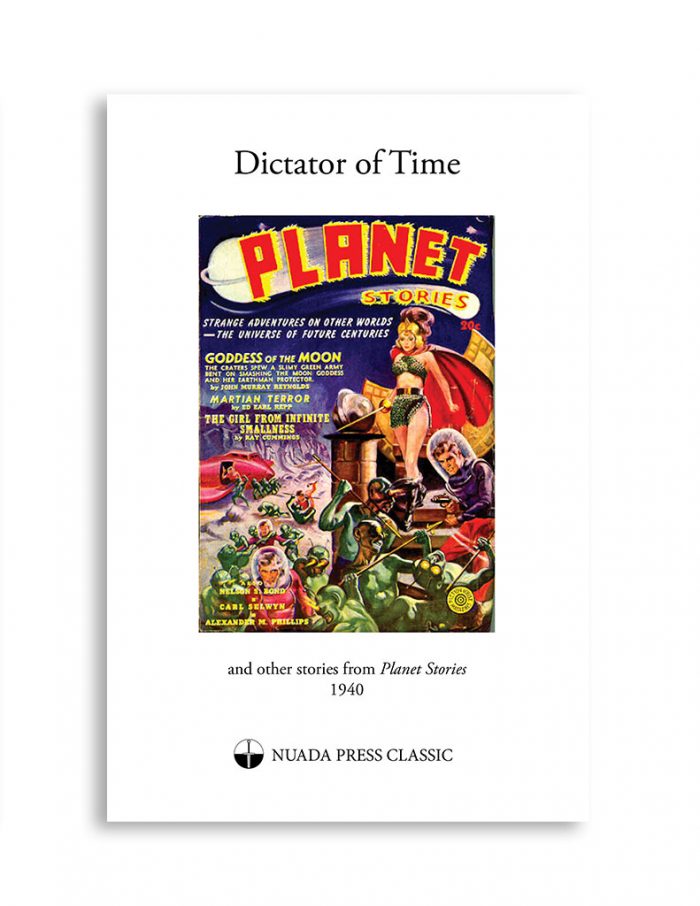 “Dictator of Time” and other stories from Planet Stories, 1940 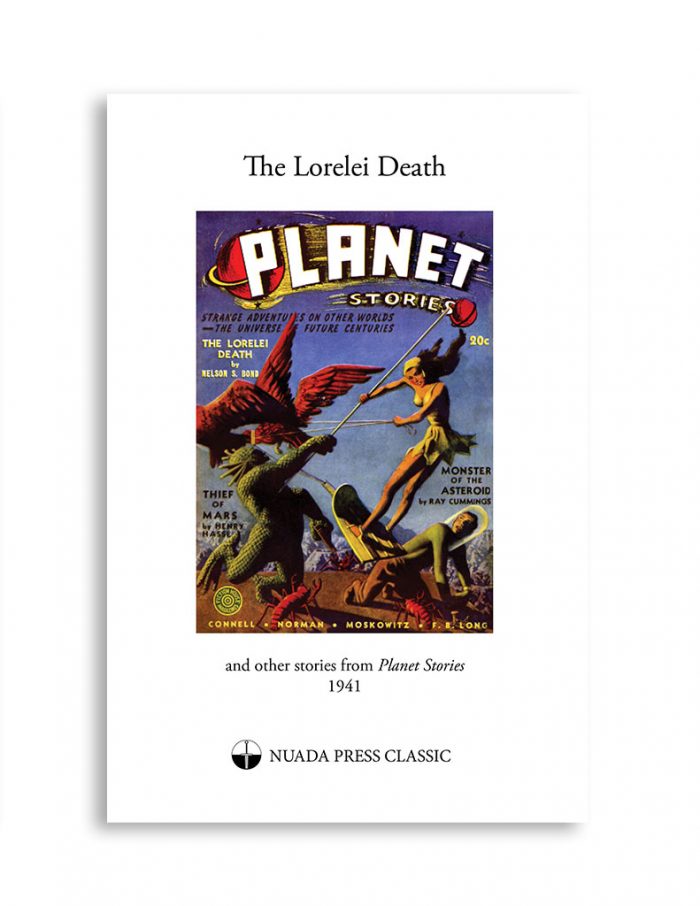 “The Lorelei Death” and other stories from Planet Stories, 1941 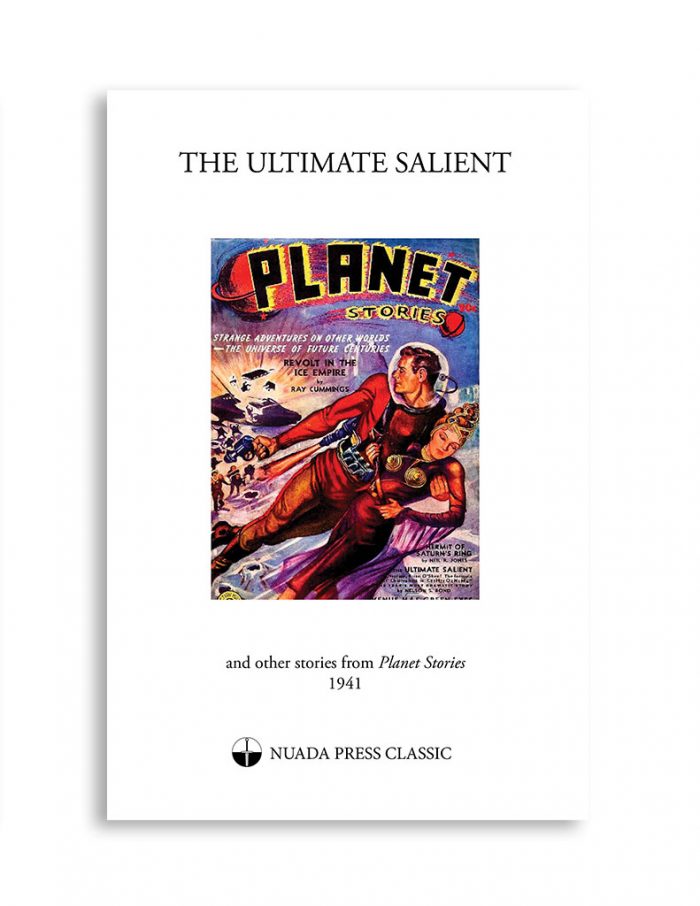